How the TMNT introduced me to 4 AMAZING ARTISTS!!

Wishing a Happy Belated birthday to Michaelangelo!
Which one?
(Courtesy Daily Art - oh I'm sure you know already!

Oh, yeah! That's what I thought you said!

Say what now??? Yes, how the now iconic Teenage Mutant Ninja Turtles brought me the names of 4 EPIC Italian artists who would, from that time forward, shape my concepts of reality and deeper appreciation for the arts.


To be fair... I WAS only a preteen back then... Oh my goodness wait - 😳 just dated myself!
Here! (Scrambled for the closest VHS tape) 📼
Just watch this!:

Y'all ready for this? I'm going to drop the Hammer of knowledge upon your heads, just like a ... Well,  hammer.

Okay, I'm not winning any awards for this, so just chill.


Picture this if you will:

Relax, ladies. I got this, just like "I got milk".
😏
I was a total tomboy back then and did NOT let the patriarchy define these genes!
No sir, er, ma'am.
Which basically just means - I was ahead of the times; a trendsetter, if you will.
I played with Matchbox cars, traded Barbies for He-Man action figures, and played with the Tonka trucks.
Yep...
I was a defiant little shit, even then.
Whoever says girls can't do some crazy ass shit because it's "just a boy thing" never saw me on my bike, jumping off the bridge heading to Wiggins Pass, with some scrapes an scars... I digress, for your sake.
For now.

Here, again. The setting. Two kids laying belly-down, heads propped up in palms, deeply enthralled in the color pictures dancing across the screen.
The oh so classic "Teenage Mutant..." Theme song plays...
And then, as I watched these (slightly crudely) animated characters, jumping across the colored TV, THERE were these


4 crazy looking turtle-manbuffed NINJA dudes, with nunchakus, and katanas, and a bo, and sais - AND NO bears, oh my!

And I was like, wow! These characters look so different...

Leonardo, Donatello, Michelangelo and Raphael! - And they're MUTANTS??(Which totally psyched me out, man! Pre-Marvel and before X-Men, a comicbook reader's dream!)

And. And.
AND. I WAS READY TO SEE SOME BLOODSHED!

WHOA. Hold up.
Let me explain.
Okay. To be fair, I was a kid in the eighties; we were not told, "oh hey, kids, blood... Go run into the other room: Rated R" or PG or nonna that;
This was a time more like:
"Oh hey kids, blood... Um, are you good? Because I'm going to continue watching this horror film (which is about to give you bad dreams for weeks, if not permanently scar you... 😈}
Shocker.
(Proceed to insert your fave 70s or 80s horror film here... Oh, can't think of any? Carrie, Nightmare on Elm Street, Texas Chainsaw Massacre, Friday the 13th, etc)

But tsk, sadly to my pre-adolescent mind, it was not to be at the time. (I REALLY loved Bruce Lee at one point... then later, Mortal Combat. Erm. Moving on...)
It was a KID'S SHOW.

And you cannot place the blame for the very mildest of violence on those fun-loving, history-buffing guys that came UP with this fun show, which originally was intended as a comic.
They were just a couple pair of artist friends, Kevin Eastman and Peyer Laird.

But what they DIDN'T know is - they would start a PHENOMENON OF EPIC PROPORTIONS. Cause that freaking show went viral by today's proportions.

And. Peaked my curiosity. I mean, those names...
Where DID those names come from, again?

Oh, yyyyeaaah. That Rat-Thing Master of theirs, he said he pulled the names "out of a discarded Renaissance art book."
(I'm only kidding about the Rat-Thing as we probably ALL know the name Splinter by now, as well as including another name that happened to be conveniently converted from likely closeby machinery - AKA Shredder? - but did you remember other characters like April, Casey, then little known Karai?
Comment below with your favorites or any lesser known ones deserving a shout out! Krang!)

Which kinda whatever, bothered me a bit, since Splinter said as such a side note.
Though, this got my attention, and brought me back to my place of reclusive refuge after another day of pissing off my parents: the library.

(For you kiddos or millennials, it's that kinda weird, dusty musty place with lots of dead trees, that has free wifi and occasionally, an open computer for you to print... On more dead trees...) 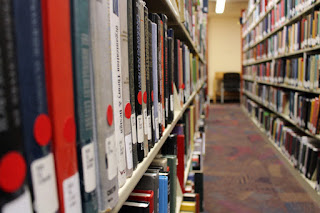 But in my day, it was a place to find new, amazing, odd and sometimes mildly exciting information to pass the time and increase the neurons passing through my gray matter.

And there, I found my answers; not in the tired kid's section that I had long since outgrown, but in the ADULT section.
(Again, head outta gutters - In the library, as a child - focus)
Between 'NON-FICTION' and 'HISTORY' sat a beautiful treasure trove that stated,
Giorgio Vasari

I was hooked. For a kid that had to grow up in a small town with no  major museums to go visit, this opened up a whole new realm of possibilities beyond the escapism in the books I so treasured.
I just had to KNOW MORE!

From there in, I drank up the works and inventions of Leonardo da Vinci; fascinated with the toils and sculptings of both Michelangelo di Lodovico Buonarroti Simoni and Donato di Niccolo di Betto Bardi (Donatello); and admired the brief and also full life Raphael. 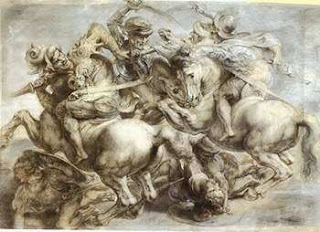 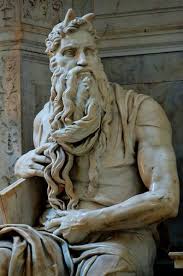 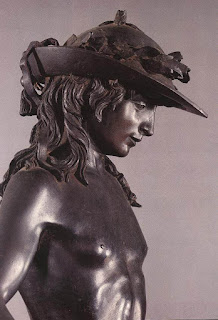 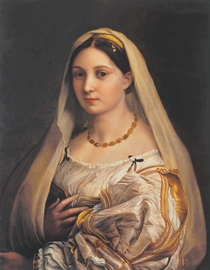 This combined with my love for music, and I would play for fun just as much as I'd play for the stage.
Probably,  and I won't know for certain otherwise,  due in part to some creative inspiration started by some cool turtles in a half shell.
So to these two men - who so long ago brought me a chuckle and the start of a lifelong love of art -
Thank you, Peter and Kevin.

Thanks for starting something as simple as wanting to give each other a laugh; for giving kids so much fun from something that would have probably been too boring to learn in school, and for starting a brand that became a digital CG'd crazy movie in 2014.
(Funny clip from the movie here)

Thanks and take care.
Oh, and Cowabunga, dudes!
Turtle power!
Ciao from
Your grateful dudette and bon bella,

https://youtu.be/6HZ5V9rT96M
(Courtesy Epic Rap Battles of History and the clever minds of Peter Shukoff & Lloyd Ahlquist; see their video for all associated rap stars! Thank you! These folks are so awesome!)

https://www.brainscape.com/blog/2015/06/most-important-renaissance-artists/
- so I DIDN'T mess up those loooooong Italian names!